Trans Tasman Test & Mighty 11’s
The Mighty 11’s international BMX competition, started as a competition run by Ipswich Club and BMX NZ. Tamworth Club now host the Australian event. Some 16 years ago a rider in the Ipswich club was killed in a car accident. His mother gave the Ipswich club a trophy in his memory. The committee discussed just what do with the trophy. It was decided to hold an invitation meeting for a junior class. The young child that was killed was eleven. The committee members discussed their options and formulated the ideals for the special event. However, when the date was discussed one committee member was reported to have said, “It can’t be in June, my son will miss out as he is twelve”. So, three ages were put in a hat and one was drawn out. Thus was the birth of the Mighty Elevens. A friendship between New Zealand’s Errol Nelson and Neville Gray, the President of the Ipswich club, and their vision was key to beginning this tradition, which is now at the forefront of the Trans Tasman BMX exchange. Their vision was for a ‘Cultural Exchange’ visits along with the BMX racing, which they truly loved. The exchange was therefore timed to enable Trans Tasman competition for the Mighty Eleven title. 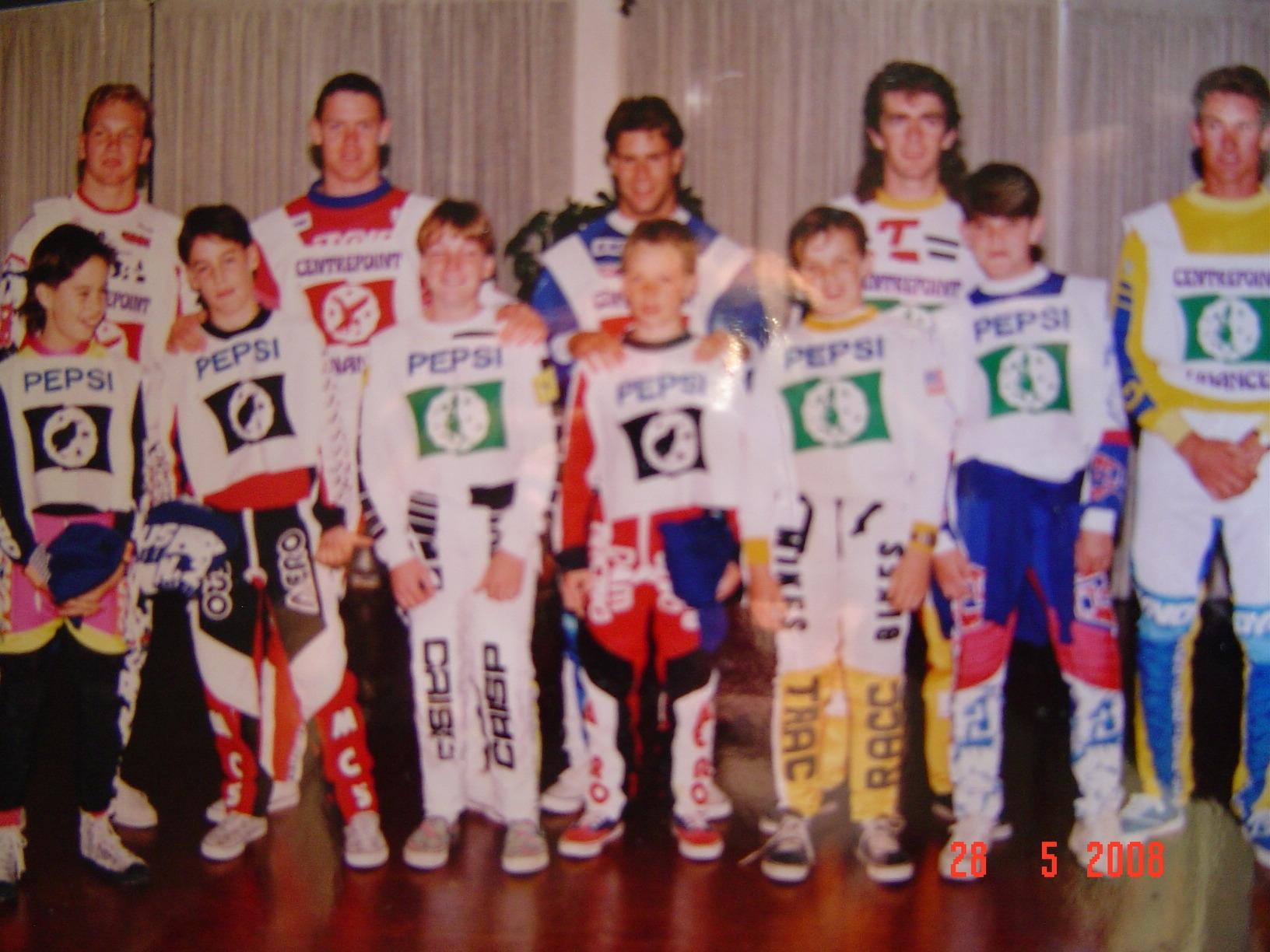 Every June Queen’s Birthday weekend and October Labour weekend riders who are eleven on the first day of June and the 20th of October respectively, from all over Australia and New Zealand are invited to compete against each other to establish the “mighty eleven” for that year. (Age on the day special class)
The Test series, which can easily become a primary focus in the competitive mind, is an additional development and now makes for a very exciting and keenly fought Junior and Senior team event. The best Australasian riders travel the Tasman on a home and away visit to ride the Test and also compete in the Mighty 11’ class. The ‘Cultural Exchange’ ideal is kept to the forefront of all planning and arrangements. Riders are billeted and efforts are made to ensure that they are able to meet and socialise with the local riders. Lifetime friendships are forged between riders and parents alike. The addition and inclusion of the Senior Test Team makes this a truly international event. The Wilcock Senior Test Trophy, donated to the event in October 2002 will also be contested. The 11’s Test “Toshiba Cup” named for a long time event sponsor, is adorned by many names synonymous to BMX over the years and has crossed the Tasman many times. We hope this event continues gaining the recognition it so richly deserves. In the near future it is intended to recondition and rename the cup in memory of the original donor.